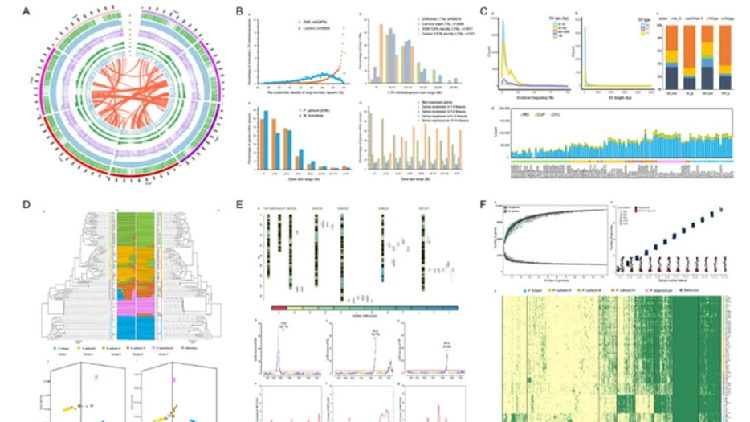 Chinese scientists have made fine maps of a de novo genome assembly of a pea cultivar, ZW6, which provides an improved reference genome and annotation for the pea, a recently published paper in Nature Genetics showed.

ZW6 is a widely grown Chinese pea cultivar. Its genome assembly and annotation was constructed based on a series of genetic sequencing technologies, with a 243-fold increase in contig length and evident improvements in sequence continuity and quality in regions complex repeats compared to the existing one, according to the article.

The researchers presented the genome diversity of 118 cultivated and wild pea genotypes, settling a long-standing controversy over the splitting of a pea by demonstrating that Pisum abyssinicum is a distinct species different from P. fulvum and P. sativum within Pisum.

The researchers also constructed a pan-genome of 116 pea accessions and found that preferred pan-genes in P. abyssinicum and P. fulvum exhibited distinct functional enrichment, indicating their potential value as pea breeding resources in the future.

“The high-quality reference genome and pan-genome provide insight into the evolution and domestication of the pea genome as well as valuable genomic resources for pea genetics and breeding research,” says the article.

A research team from the Institute of Crop Sciences of the Chinese Academy of Agricultural Sciences and their domestic and overseas partners conducted the research.

Pea is a multifunctional crop in the food and feed industry, providing protein, starch, fiber and minerals. With its notable advantage in ecological sustainability, it has been gaining attention ever since the biologist Mendel discovered the laws of heredity through breeding experiments with peas.